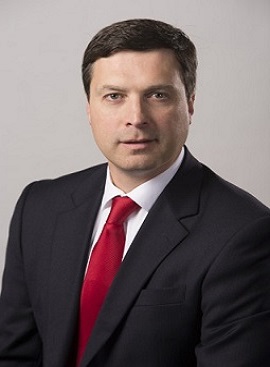 Chris Long, is a Veteran of the United States Navy and obtained a B.A. from West Virginia University in International Studies.
He served as a Commercial Lines Adjuster for the Cincinnati Insurance Company for eight years and has been an Independent Agent for the past eight years and is a partner in Carolina Risk Advisors an independent agency based in Fort Mill, SC.
Chris has served as the New Designee Chair, Treasurer, Vice President and President of the Charlotte CPCU Chapter and is a member of the Fort Mill Rotary Club.
He currently resides in Fort Mill, SC with his wife Jennifer and their two sons, Matthew and Harrison.

Phil partnered with Carolina Risk Advisors in 2016 bringing with him over 15 years experience in personal and commercial insurance. Phil prides himself on the ability to educate and guide clients to make informed decisions on what product or service is best for them. He received his B.S. from Clemson University in 1993 and started his career in the textile industry. As that industry started to move overseas, he sought an insurance career and started with State Farm in 2002. Heavy recruitment from Allstate led Phil to open his own agency in York, S.C. where he earned many awards including one of Allstate’s highest, Chairman’s Circle in 2008. His desire to offer more practical solutions led him to become an independent agent in 2012. He earned the Certified Insurance Counselor (CIC) designation in 2016. Phil resides in Fort Mill, SC with his wife and 3 daughters. In his spare time, he prefers to be outside playing tennis, soccer, volleyball, or golf.